Whether you are looking for a better country to live in or hoping to experience something completely different, an immigration-friendly country is your best bet. Many countries have strict laws about immigration. Some make it hard to immigrate but easy to live once you do. Others have it the other way around.

We asked professional immigration lawyers to share their list of immigration-friendly countries for those who are thinking about changing their lives and environment.

Australia is after increasing its population. By the middle of the 21st century, they are hoping to reach a 40 million mark. That’s why the country has an appealing immigration policy. It’s also a wealthy country, which offers numerous benefits to its citizens, opportunities for startups, economic stability, and much more.

The official language in Australia is English, which most of the potential immigrants know at least at a basic level. However, it’s very important for Australians to watch how immigrants integrate. Not following their traditions and cultural values can lead to negative feelings.

Australia is looking for skilled and capable workers who can offer something to the country. The current laws allow 190,000 immigrants. About two-thirds of them must have demanded skills. So while Australia is friendly to skilled immigrants, it’s not the best for people without a certain potential. Despite this, in Australia, you can see a large number of immigrants employed in the sex industry.

Just like Australia, Canada is looking to increase its population. In fact, without immigrants, the population decline will become obvious in the nearest future. On the CNBC’s list of the best countries to raise children in, Canada has the 5th position. Canada’s impressive social services and high living standards attract many people who want to improve their lives.

The downside of living in Canada is the climate, which the majority of entrepreneurs and skilled workers successfully ignore. Living and working in Canada gives immigrants an opportunity to enjoy a comfortable lifestyle regardless of the climate.

Canada is a big country, which has plenty of land to offer. At the same time, the population is very sparse. Canadians are well known for their friendliness toward immigrants, making it easy to “join the ranks”. The majority of Canadian immigrants come from the UK, but the country is ready to welcome other countries’ natives as well.

The number of immigration programs in Canada is impressive. Whether you are a skilled worker or a refugee, you have all the chances of becoming a Canadian citizen. Despite this, in Canada, you can see a large number of immigrants employed in the sex industry.  For example, there are a lot of girls involved in the escorts industry in Toronto.

Germany has the third spot on US News’ Best Countries In The World List. It’s an appealing place to live. Meanwhile, the country itself believes that immigration is the key to fostering its economic stability.  More than 10 percent of the country’s population are immigrants.

Germany has a low unemployment rate, an impressive economy, and friendly citizens. The majority of immigrants in Germany come from Turkey. However, this country is open to immigrants from all over the world.

At the moment, Germans are thinking about reducing the number of immigrants. They blame the immigrant influx for problems with the social systems. Right now, the basic requirements for immigrating to Germany are fairly simple. However, such approach may change with time.

Finland is considered to be the safest country in the world. It has beautiful nature, friendly citizens, and a very calm atmosphere. Some may be worried about the climate, but just like is the case with Canada, the benefits negate the disadvantages.

Immigrants are welcome in Finland. However, immigrating is not that easy.  People from countries with good economies have an easier time immigrating. Citizens of such countries as India and Nepal may have trouble getting into the country. The student visa is the best way to enter Finland. Then you can get a job there or get married, and stay for as long as you wish.

Finland has a strong economy and prefers immigrants who can invest in its well-being. Skilled workers and students with high potential are always welcome.

The impressive human rights record and top-notch public services make Sweden one of the most attractive countries for immigrants. Sweden is after diversifying its population so it allows immigrants to make up about 10 % of its population.

English is widely used in Sweden, making it easier for the immigrants to blend in.  Meanwhile, blending in can be a little tricky since the society has its own set of rules. Overall, Sweden is a beautiful country, which needs to be studied before making a decision.

If you would like to enjoy best benefits in the world (for example, the parental leave is 480 days), tasty food, beautiful views, and a relaxed everyday life, Sweden can become your top country to immigrate to. 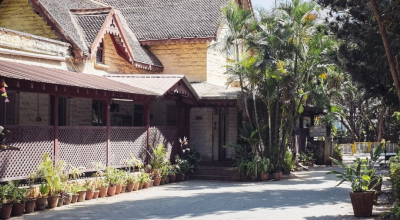 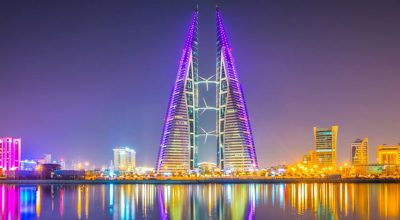